This month, instead of doing our Cook-n-Critique©  we decided a field trip was in order! 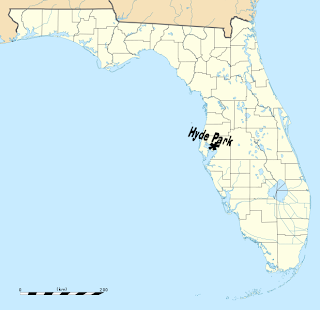 Our field trip was to Hyde Park in Tampa, FL. 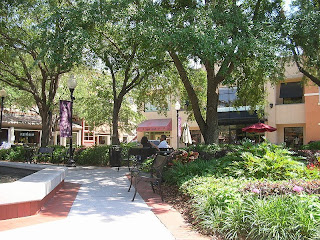 While there, we slipped inside Williams-Sonoma.  Whoopie!  They were having a sale in the back. Where do you think we made a bee line towards?!  Right, you don't even need three guesses do you?

And I've been wanting to go to Anthropology for e-ver!  Since it was right across the street, we all went in and just had to drool over the cute aprons! 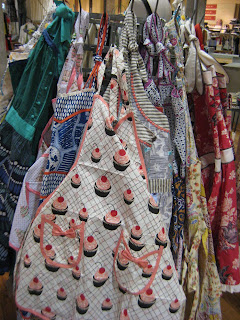 (of course I was drawn to the cupcake apron!)

The sales clerk even took our picture with them! 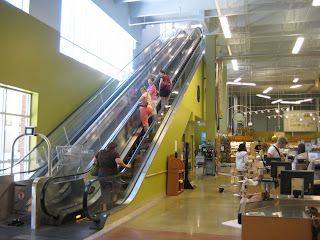 I wish I had taken pictures of their prepared foods section!  It was so pretty, and they made smoothies, latte's....  I was in heaven!  But as you can see, I was enthralled with the "two story-ness" of it all!
When you park in the garage, you're on the second story anyway.  Everything is to convenient.  That escalator was so long (maybe it's I've gotten used to the department store elevators, but I'm just sayin'!) 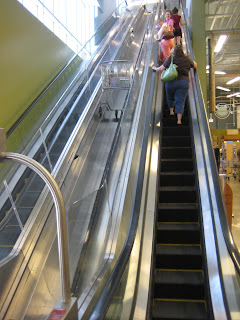 (yes, they're leaving me)

Did you wonder how ya get your cart up the escalator after you're done shopping? 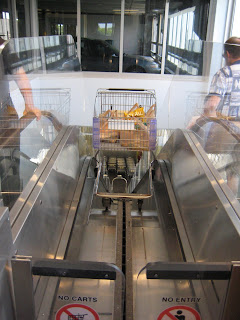 Now, isn't that the coolest thing?!?
Ok, maybe I just don't get out that much, but I was floored! 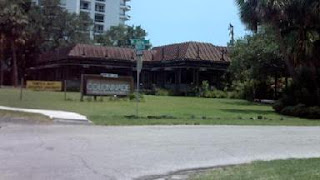 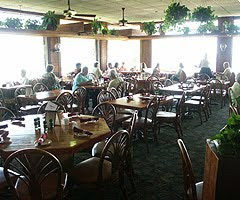 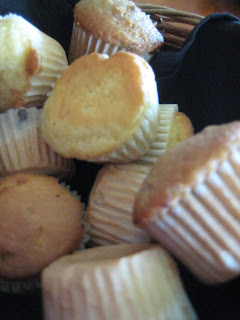 (between you and me, I could've made just as good of a blueberry muffin if I would've opened a box of Jiffy muffin mix - but we'll keep that between us, ok? )

We decided to each order something different so we could all try each other's choices.  I'll give my impression, but let the others tell you their thoughts in another post.  How's that?

I had the crabcake salad 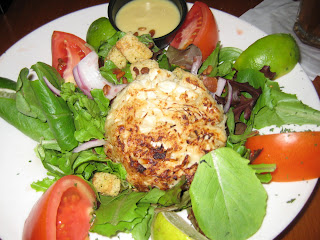 I fell in love with the dressing! I wish I had that recipe!

oh!  and we all had the fried green tomatoes 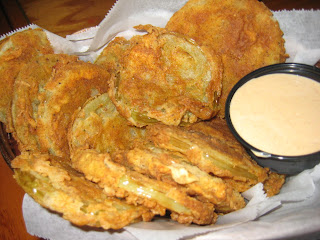 I'm not a fan of horseradish so the dipping sauce was the only thing left on this plate!
The tomatoes could've used some salt, but they were just the right amount of acid. The kind you'd expect from a green tomato!

Buttercream isn't as adventurous as the rest of us, so she just created her own combo plate of shrimp and crab cake.  It was quite tasty!

Cupcake had this sandwich.  I can't remember what it is called, but it was made of grilled scallops. 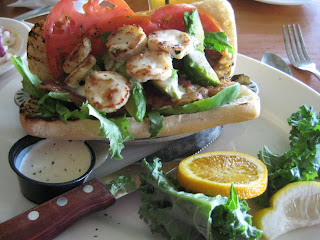 D-Licious had a crabcake sandwich 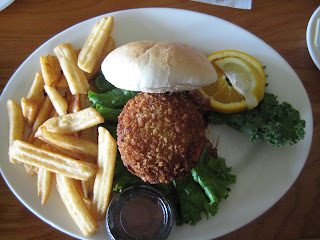 I really enjoyed it.   (smile)

And, last but not least,  Saucy had this grilled portabello and brie sandwich! YUM 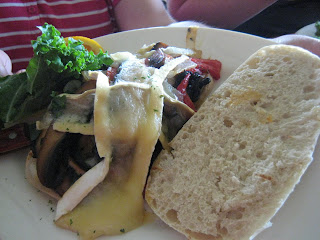 If I had to name a "winner", while D-Licious' crabcake sandwich was really good,  Saucy's grilled portabello and brie sandwich was, hands down, my favorite!  I would definitely order this the next time I'm there!
oh, and provided I have a full salt shaker, the fried green tomatoes!

Well, there you have it.  Our "field trip".   It was oppressively hot and I thought I'd pass out from the heat while shopping in Hyde Park, it was a fun day with my friends who are also my family!   Cupcake said that Hyde Park is really pretty dressed up for Christmas.  I think I can see another field trip in December!  LOL

Posted by sweetjeanette at 3:43 PM